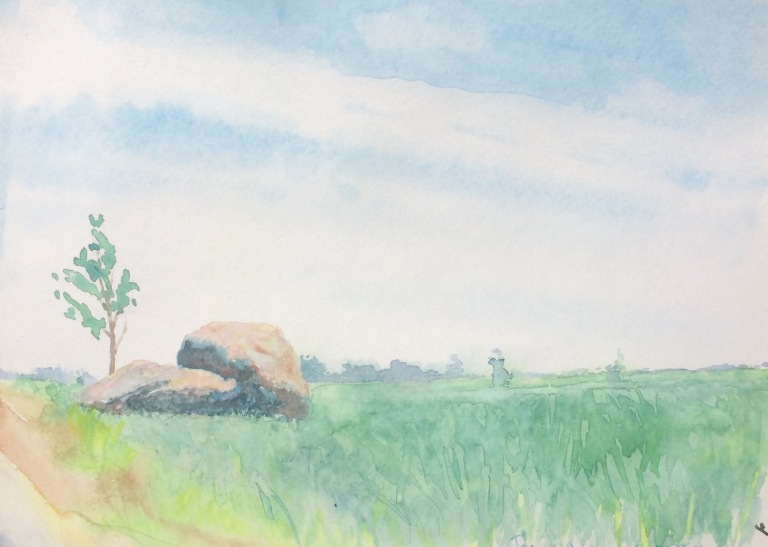 And the roadside was littered with huge rocks. Just crossed into Minnesota and camped at a little park in Ortonville, down for the night, when a police officer awakened me from a sound sleep. I told him that i had paid for the night but he insisted I raise up and get the hell out of here because a storm front was fast approaching that had been doing some serious damage further west.     “You’ve got 20 minutes before it arrives. Put your stuff in the squad car and I’ll take you up to a motel”.       Well there was no 20 minutes. Packed as quick as I could but still got dumped on by rain and the wind was heavy, blowing tent and bringing down a limb on the tree I was under ( other side). Motels were full so I slept at a museum I had seen while biking up to join officer Dave at the motel. Probably would have been fine staying where I was originally but life is life and that’s what the menu offered that evening. All was OK after all said and done. Next day they told me there were trees uprooted and tornado touched down in one of the towns I passed thru so it could have been serious. Didn’t move any of these rocks though.  9″ x 12″ pencil and watercolor on paper.                $ 125

One thought on “Big Rock County”